This was an interesting way to celebrate Easter, with some friends and Church of Misery singing about serial killers! Easter was originally a holiday to celebrate the goddess of sex and fertility, before the Christians stole and converted it into something else… Anyway, Sue and I had a nice dinner and then showed up a bit early and talked with the guys in COM. They are such nice people even though we struggle to communicate a bit. 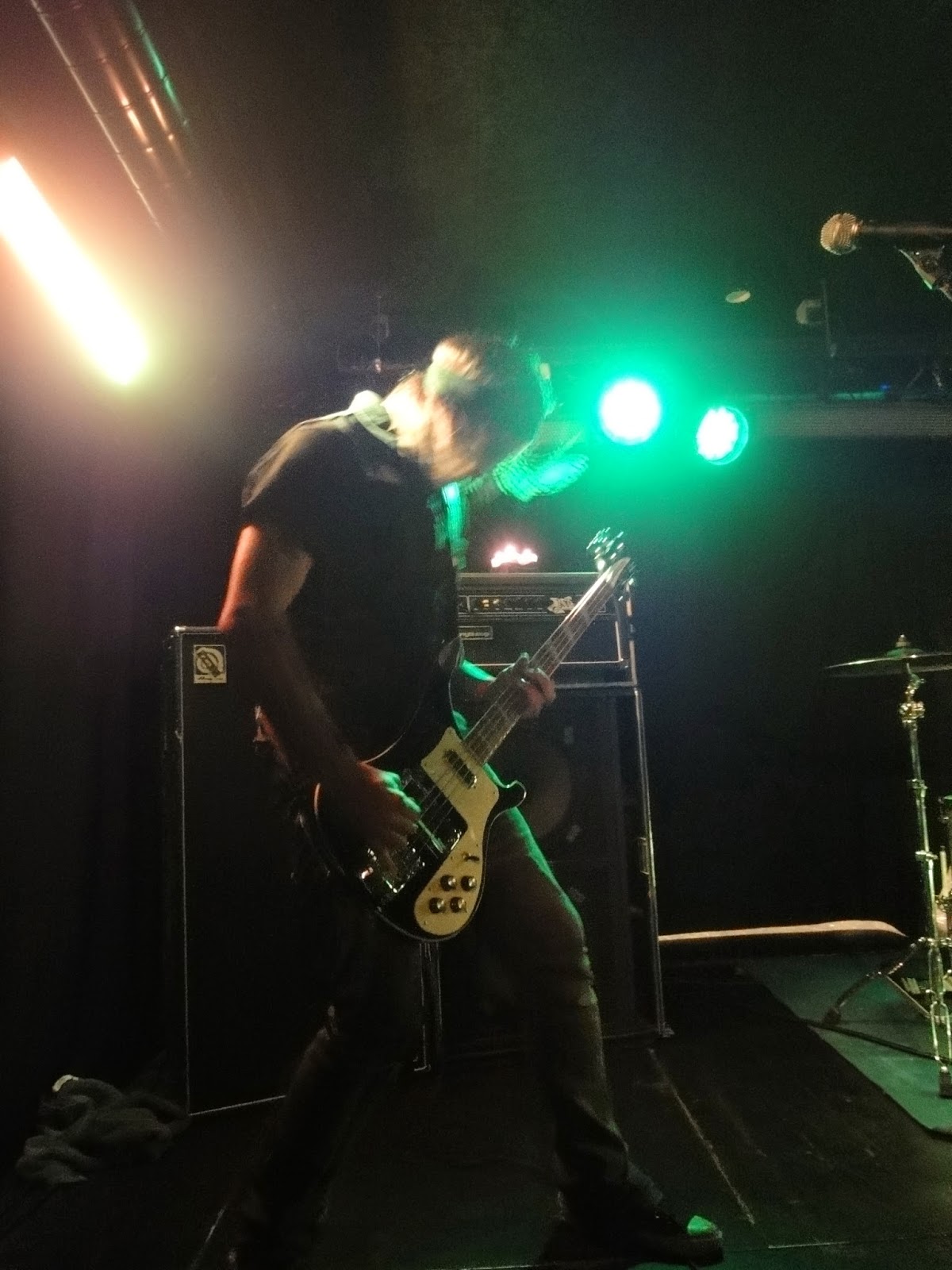 Tombstones, are a Norwegian band trio playing doom. I only have their album called Vol. II, which we heard today but they have released 2 since, which I have not heard. The guitar player said they were heavier, slower and more bluesy. They started right at 21 and there was only a few people in the room but as soon as they heard the music start they came up the stairs and I guess there was about 40 people watching them. They played a 45mins set of some pretty heavy stuff. The guitar player and bass player did a lot of trading lead vocals. This was really doomy but not a lot of variation, in the sense that there were no guitar solos. It gets a bit too boring if he does not change his guitar tone (he did not use any pedals either) or solo. They could use another solo guitarist. People gave them a fair reception. I filmed the 2nd song Unveiling. 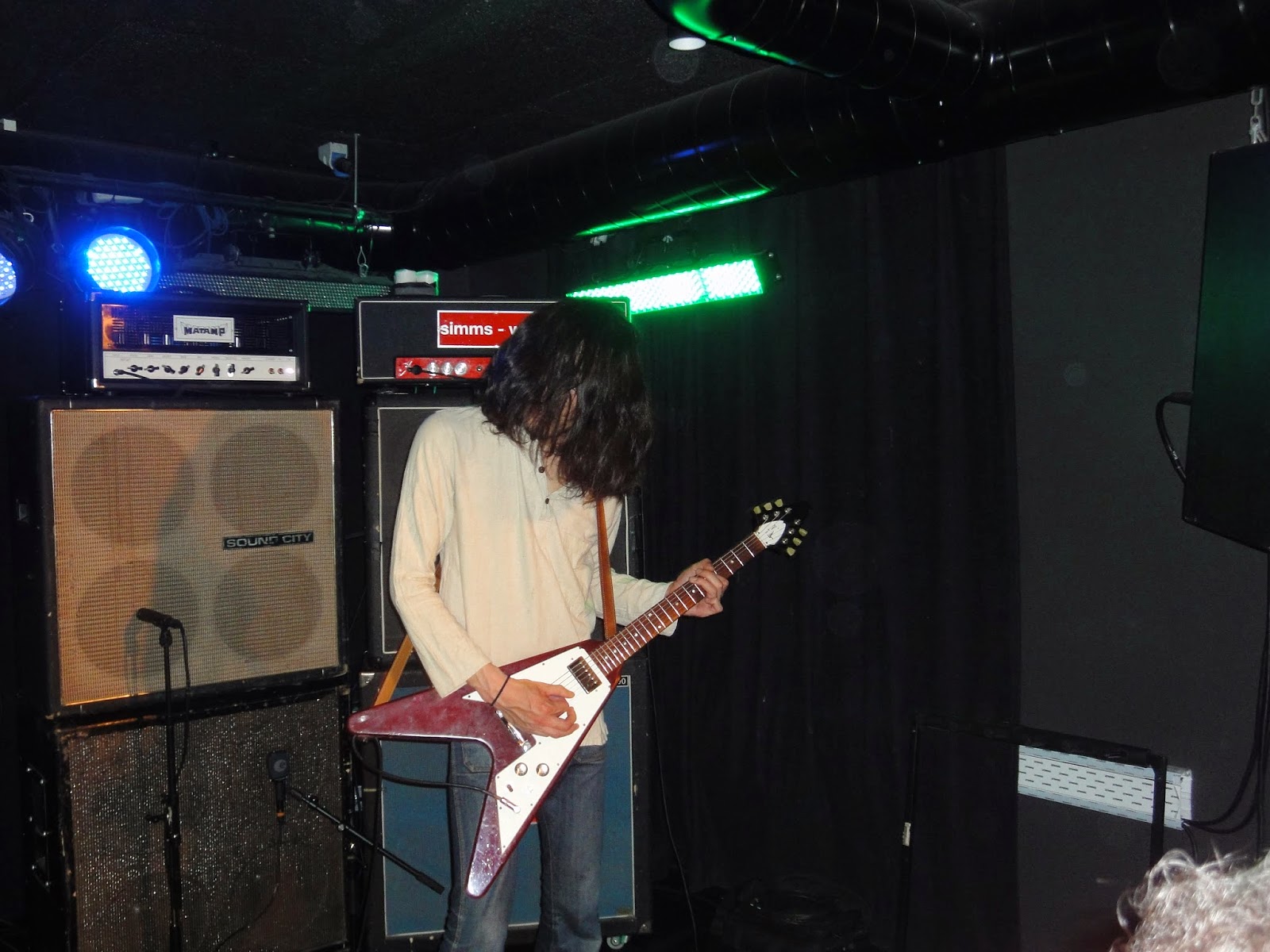 Since the bands shared backline, they only had to set up some cymbals and the singer’s synthesizer and they were ready to go at almost 22. The band opened up with a new song and the sound was very loud but great where we were standing. The place was pretty packed and people were really into it. It was easy to make some contact with the band as well. I filmed the 2nd song. The band played about 75 mins and since it is nearly impossible to understand anything he sings, it was only when they played a long jammed out version of Born to Raise Hell, that the crowd could participate! The new guitar player is really great and fits in very well. He is a big fan of Jimi Hendrix and likes to solo, he told me.  This is just what the band really needed! Tom was going to be hard to replace as he was a great guitar player. They played a total of 9 songs in about 75 mins, with some cool jams in some of the songs. We were hungry for more and only got Candyman for the encore. Great show and night.