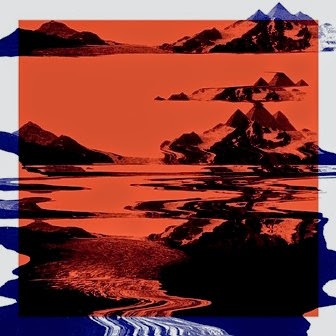 Ad´Absurdum are an underground band from Switzerland that have been around since 1991 in one form or another. They are happy living just beneath the surface of the musical world, where people leave them alone to make their own universe of instrumental, psychedelic space rock.. I have reviewed quite a number of their releases over the years. This one is coming out in May on vinyl and CD and as a digital download. Previously, many of the bands releases have been in very small numbers, sometimes only 50 copies. Anyway, this album has 9 tracks and a wide variety of material. Atomonoton starts things off with a quite repetitive guitar line that the whole track builds off and goes and comes back to. A very cool dynamic in this track with a great mixture of cool guitar effects, synths sounds and other oddities thrown in to make it quite psychedelic…Phosphor reminds me of Circle. It keeps the mid-paced drive in place with the guitars playing nice melodic lines but the pace keeps the hypnotic train on course. The train changes course dramatically at the end with a dark strange, piano soundscape. The next track, Deep #2 was recorded live and a bit more dissonant and challenging as far as the guitar parts go. The organ gives the track a sort of sense of balance as it floats and glides. There are some echoy vocals that can’t really be understood very well but are mostly for effect. Sunshine Baby is the sort of pop psych track on the CD with some melodic and distant vocals. Territor starts nice and slowly with a strummed guitar and flute like keyboard. The last three songs are a grouped together and called Suite about a Day at Home. This track has a lot of dynamics and reminds me a bit of Hawkwind, Circle, and AdÁbsurdum. I really like this creative band, just doing their own thing and not sounding like any other band from Switzerland.

http://adabsurdum.ch.vu http://www.acousticdesasterrecords.ch.vu
Posted by Scott aka. Dr. Space at 11:11 AM