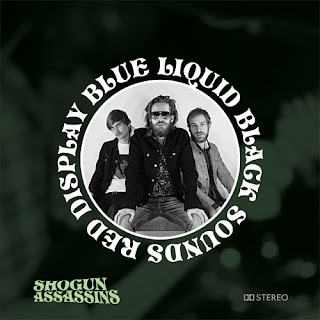 Shogun Assassin are a new blues rock band from Copenhagen. The musicians in this rock trio have played in numerous bands in the past. This demo was produced by Johan Lei Gellet, a famed underground engineer and producer. I have not heard of him but then I don’t know much about Danish mainstream music at all. The CD starts off with My electric Mistress, which starts as a sort of blues rock shuffle with some out of place backing vocals but with a good groove. The song takes another identity at the end and goes into a cool stoner rock sounding section with a guitar solo. Laid off is longer track with a bouncy melodic blues track with a low mixed organ in the background. It gets a bit dreamy in the end and a bit more psychedelic delay guitar is played. They don’t really take it anywhere though before it just fades away. Pity as it could have lead into a cool jam or something. Roadhouse Rumble is the last track is a pretty polished and a cool wah guitar riff that drives the track with the very melodic vocal. It ends with a real slow bluesy guitar section. This band is a bit overproduced and not that organic. It clear they have their heart in the right place but are going for something that can be played on the radio with a more mainstream hook. Let’s see where they go, could be a cool live band if they jam! I will check them out..