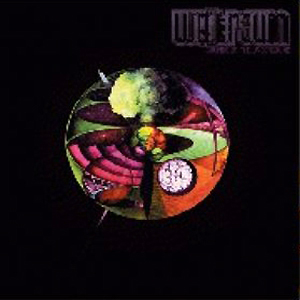 Weltaum is a really cool young, and large German band. This is their debut release on Nasoni and most of it is recorded live. They feature a lot of interesting world music instruments as they take you on various different trips. Kallileo in Taiwahn starts off the journey with some rhythmic drumming, didgeridoo, and spacey synthesizers. This has a really hypnotic and psychedelic floating groove. Dieterminated is a fast paced track that is very synthesizer driven but is backed up by the didgeridoo playing. How to leave too Soon is nearly 12mins long. It starts with hand drumming, a bit more distantly mixed synths and soon follows the didgeridoo. This is recorded live and has a very different sound from the first two tracks. Very hypnotic..  Teatime Tsunami (14mins) starts slow and spacey and this is the first track where the bass and guitar really plays much of any roll in the sound. In all the previous tracks if they were there they were mixed very low. This track really builds in a super cool way and they really freakout at the end of this live track. Die Molldur is a laid back track with hand drums, bells, light delay guitar, to start. That was a fantastic dreamy track. Spacetrashes is another live track and features a more intense soundscape, almost sinister in nature, dark, frightening. Last flight to Bluedub ends this pretty cool instrumental, psychedelic world music adventure.

My only complaint with this damn cool CD/LP is that the drum sound is just weak, this very thin sound. Some of these tracks are not on the single LP release. The band has just released another live record on Nasoni. I have not heard this one yet.

http://www.nasoni-records.com
Posted by Scott aka. Dr. Space at 6:53 AM