Bang- Death of a Country (Rise Above Records RARLP015) 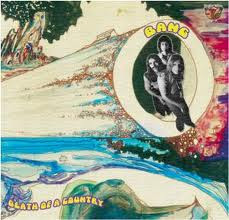 BANG was an amazing band from the southern part of the playing hard rock. This is their very first recording from 1971 and appearing for the first time on vinyl in a deluxe gatefold sleeve. The record is concept album actually. The LP opens with the long title track which is an excellent political commentary as well, which 40 years on is still sadly relevant. It is has a really nice groove and great playing by the band, almost progressive rock in nature. No Tresspassing is more melodic and floating but also a great track. Sometimes they channel the vibe of the Beatles, Pink Floyd (More era) in some of the musical passages. Flip the record over and you have 4 shorter tracks. My Window has a Pink Floyd inspiration with this floating nature to start and then the harder riff kicks in on this great track. Life is Ending is more hard rocking and uptempo. Future Song has a section that some will recognize the Hawkwind influence and the most psychedelic of all the tracks, especially the phased out ending. A really cool record but not as hard rocking as the next two records the band would make but a record I really like a lot. Great packaging as well. http://www.riseaboverecords.com  http://www.bangmusic.com/cds.html
Posted by Scott aka. Dr. Space at 4:10 AM