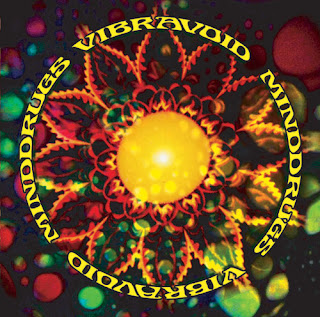 Vibravoid have released quite a few 7” releases and a double live CD but not a new full length record for over a year. This CD only contains 6 tracks including a long take on Pink Floyd’s Set the Control for the Heart of the Sun in 54 mins. Seefeel is a short, pretty standard Vibravoid catchy psych track. Next up is the 12min track that is a long trip with cool repetitive elements and a guitar riff that reminds me a lot of the Sundial song, Mind Train (but not as heavy or fuzzed out as Sundial). Do it allright is another short on before the very repetitive and psyched out You keep in Falling, which is 3 mins longer than the 7” version released on the Greek 7”. I love the sound on this track. Very psyched out. The band perform a pretty cool 23min version of Set the Control. It starts slow and spacey with the main organ theme and takes a long time as the band takes its time spacing out. The mid section is pretty cool and experimental as well. They never reach a very crazy heavy section as Pink Floyd often did. A solid psychedelic effort from Vibravoid.. I look forward to the vinyl? What will they leave off? Probably the You keep on Falling track, which is about 7 mins but also one of the best new songs.
http://www.vibravoid.com http://www.sulatron.com