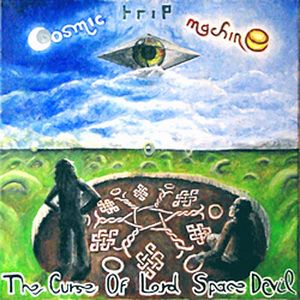 I had never heard of this band before and the vinyl artwork looked quite cool. This really cool German guy who is always at the Copenhagen Record Fair every 3 months, he was playing it and although I was not really taken with what I heard, I decided to buy it and now, I am really glad as this is a record that really has grown on me, even after the first 2-3 listens, I just was not digging it that much. Glad I was patient. Anyway, this is material that some of these guys started making 10 years ago and for various reasons, that are well explained in the story on the inside of the gatefold cover, and only finished in 2010. This record is a concept record of sorts inspired by The Book of Am and with most of the lyrics taken from or inspired from various books. Quiet night Thoughts starts off with a spacey acoustic piece until the very intense and over the top guitar solo pierces the soundscape! YOU starts with some very nice acoustic guitar by Majnun while some special sounds percolate in the background. Will Z, the bass player, is the vocalist but he also plays Theremin, percussion, sitar, keyboards and some acoustic guitar as well. There are quite a lot of different elements to the sound but it is mostly acoustic psychedelia. Jessica’s Nightmare is a very special track with running water, strange spoken words, and a very mysterious sound and some intense electric guitar. Cosmic travel features an upfront keyboard that changes the feel on this acoustic track that has some powerful furious guitar leads. Strange Is goes back to a more stripped away sound of just acoustic guitar and some hand drums. Fragment Residue1 ends side A and this is the most intense and psychedelic track on the record with some really cool guitar playing. 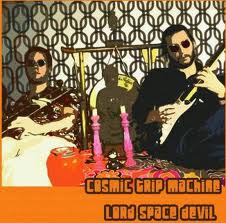 While on side A the tracks were quite distinct, on side B, they all sort of run together into one long psychedelic soundscape for the first 3 tracks. Side B starts with the Secret Song (all the lyrics are inside the gatefold sleeve with details of where they come from or are inspired by). It starts off very normal with harmony vocals but then becomes totally spaced out and psychedelic and what I would call their characteristic style electric guitar that they use in their tracks returns. Spaced out stuff and a bit of Pink Floyd influence (1969 era). Hear the Voice of the AM is just voice and acoustic guitar and a quite happy song that slowly gets more and more psychedelic. The final track is the longest on the record a slowly builds up to a great ending. This is a pretty damn cool record. Will has a really good voice but even me as a native English speaker can’t always understand his sung English that well. The band is from and has released a few other things as well it appears if you check out their web site.
http://cosmictripmachine.be
http://www.nasoni-records.com
Posted by Scott aka. Dr. Space at 10:25 AM