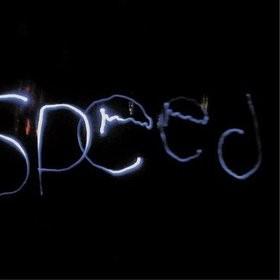 This is the 3rd official MPH release, the first ones being a 7” and split 10” (they did release a quite rare CD-R as well). The CD has a really cool fold out packaging and features two 30 min tracks, timing in at a little over an hour. The band recorded the basic tracks over a couple of days but then spent around 2 years making it just like they want. The first track, Smoke in Space is 33:33 and a long journey that  reminds me a lot of Circle as it is quite repetitive but the band mix in their own special ideas and keep the track pretty interesting. It starts slow and droney but slowly builds up. Just before the 11min mark it gets quite heavy and intense. There is even a saxophone part mid way through the track this very melodic section but the guitar in the background is quite spacey as well. The groove towards the end is very soulful and you can really get hooked. The 2nd track, has a different dimension to it starts quite spacey and slow with sax and a real floating in and out vibe but the guitar part is quite repetitive and then the heavy section kicks in and reminds me of another Finnish band, Dark Budda Rising, but MPH are not nearly as heavy in the sound production.
The band have created a damn cool and very ambitious CD for real music travellers.
http://www.mrph.net
Posted by Scott aka. Dr. Space at 10:22 AM