Andy Shades is the leader of this band and has a home studio at his house. I have visited him a few times and watched the band rehearse once. This was their debut show with this line up.  They play all original music with some instrumental tracks being mostly improvisation where Andy plays sax instead of acoustic guitar.  Anyway, it was 5€ that you paid at the parking lot.  The concert was in an amazing location on a private farm land and about 40-50 people showed up.  They were making pizzas for 6€ (margarita or zucchini-mushroom) and served small glasses of wine (100ml) or beer (150ml) for 1€.

Band was scheduled to start at 21 and sort of did but they wanted to wait until all the pizzas were served. Anyway, they started off just Andy and the drummer jamming to the music his friend was playing on the PA and then Larry joined, then the bass player and finally the guitar player and they did a couple of jazz inspired jams.  The real set began when Andy strapped on his acoustic guitar which he would viciously strum over the next 90mins. He had some problem with getting shocked by the microphone and this was really pissing him off. He was barefoot. They tried to cover the mic with cloth but then it got wet and he got a worse shock. He was given some Kroc sandals and now he was not in contact with the ground and no more shocks.  This worked for a while and then he hated the Kroc’s and played on top of the kick drum case top. 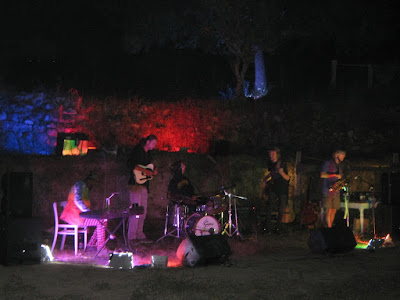 Anyway, sound was pretty good but could not really hear the kick drum or snare hardly at all and sometimes Andy was just too dominate in the mix both vocally and his guitar.  Played a lot of politically charged songs, people were dancing and enjoying themselves on this amazing but cool night in the mountains under the clear sky with amazing stars.  I had a good time and met people I know like Larry (who plays the amazing keyboards) and his family, Carlos, Will and his wife, Duncan and Hannah, and a few others… 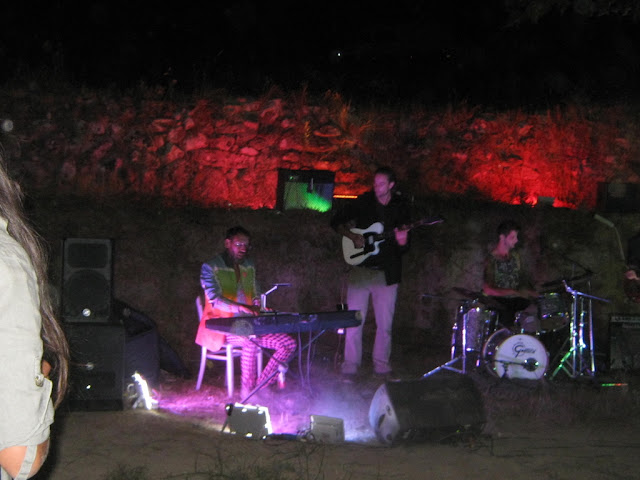 The main bummer of the evening was I was probably the only person in the audience that was vaccinated and this was worrying.  I tried to keep my distance and dance and have a good time and not think about that too much….  I for sure would go see I Spy again… I did not see the entire show and left at 23...

A Drop in the Ocean

When will it End

Got to Give it Away

Waiting for the Man