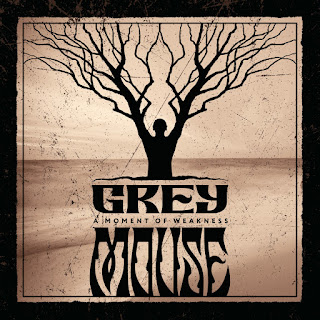 I have never heard of this Russian band and but song titles and description was pretty intriguing. A little research showed that the band had too albums with a female singer before this. I had not heard those until after I had reviewed this album. The core band is still the same though.  Not many rock bands have a cello player.  Backwater starts slowly with just a guitar playing slowly. This fades down and out and Dark Road starts but that sets the vibe for the record. The cello gives it a sort of morose and depressing vibe on this mostly laid back song. I dig Mikhail’s voice, a bit blues, a bit rough. Better than Me maintains the slow, blues, depressing downbeat music. Slow, steady and moody. Bass line is a bit more present. On the Run is mostly bass, drums and voice with the other instruments not coming in until later. This speeds things up as well until the end which dies out with the cello and slowly the bass and drums come back. Rat Race features the cello again and some passionate vocals. Survival Song is quite a rocking number and uptempo at times. Here comes the Storm has quite a similar vibe to some of the songs before it.  A very depressing cello sound, dark guitar strum and bass line.  I really like his voice and he sings well in English. The CD ends with the Suicide Song..  I really liked this album but it is pretty depressing and downbeat at times but some great singing and moods in this music.