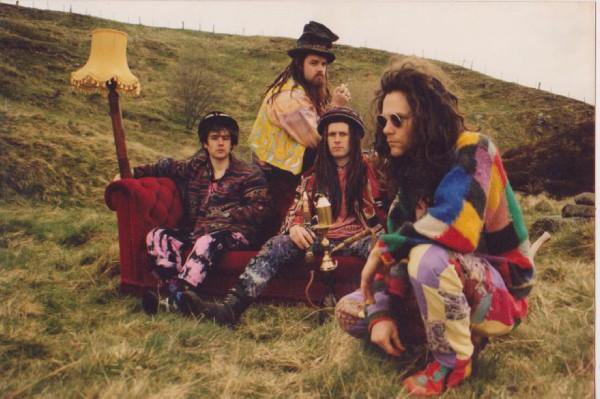 Dead Flowers were a Newcastle based psychedelic rock band that flourished on the UK scene between 1991-1994 playing gigs with Nukil, Mandragora, Magic Mushroom Band, Dr Brown, Omnia Opera and many others. They began as a more raw sound with their first 7” back in 1987 but really came into their own style and sound with a hard hitting psych rock with their two classic records on the Mystic Stone label (Smell the Fragrance, and Moontan). In 1994, they had a radical change in sound with what I think was their best record, Altered State Circus. It was more synthesiser oriented but had the same great songs and interesting lyrics and some great guitar riffs.

I recently had a chance to reminisce with Ferank, the lead singer.

F- We knew each other and i started working for the band as their roadie and manager first.i sang with them at a 'jam' at a festival and joined soon after that.

2. What were the bands major influences in the early days?

3. Can you describe some of the most memorable gigs of festivals you played?

F- I remember playing 'torpedo town' festival with Kai (guitarists child ) and Kaya (bassists daughter)dancing as we played.they were both very young at the time(about 2 or 3). They were both imitating me dancing.it made lots of people,including myself,smile. 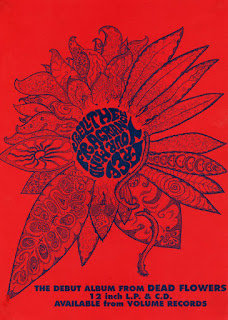 4. What do you remember about the recording of the first two records? Had any of you had much experience in the studio before? Did you used to make demos in the rehearsal room or anything like that??

F- The first album was a collection of demos that we had recorded before we had a record deal.when we signed to 'mystic stones' we offered to record the tracks again but they thought they were already good enough to release.'moontan' was more of a planned album that we recorded with Mond (angelic upstarts) engineering.we would always record quite fast.

5. Did you ever sell cassettes of some of the live shows like many on the UK festival scene did?

F- We never really sold cassettes but we often recorded rehearsals.we jammed really well together and some great tracks started out as jam.

6. What was a live show like? Kev described the band as being very powerful live. Did you improvise much? Did you ever play any cover songs?

F- A live show was very energetic.I was quite shocked when i saw a video .it was a 'hairshow'.dreadlocks flying everywhere.we would improvise lots.covers included..lucifer sam by floyd, fire and also manic depression by hendrix,LA Woman by the doors,free your mind and your ass will follow by funkadelic,willy the pimp by beefheart there were probably others also but they are the tunes i remember most.. 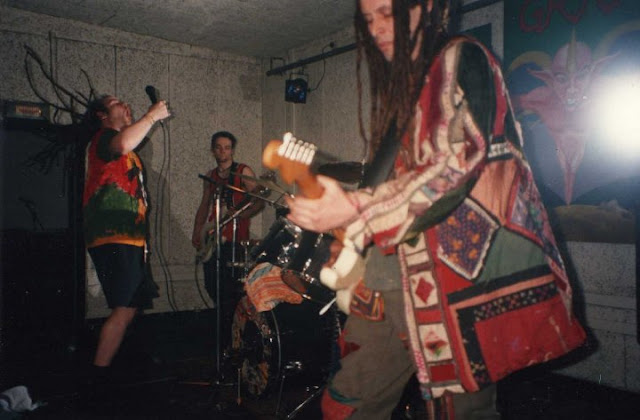 7. Altered State Circus was a huge change in the band sound. What do you think made the change to longer more synth oriented track? It is my favourite record by the band. You had switched from Mystic Stone to Delirium records, which seem to be releasing many of the best bands from the scene. Did you guys ever think you might be able to make a living off music in the early 90s??

F- Ecstasy mainly .hahahaha. I think we were all 'dabbling' at the time.the new keyboard player really fit in and I loved what he added to our sound. During the recording of the first two albums I was mainly taking LSD and mushrooms..We were already good friends with Richard Allen at Delerium so it was great to release something with them.'Altered State Circus ' remains my favourite album.its really hard to make enough money off music alone and we all had other jobs or signed on at the time. 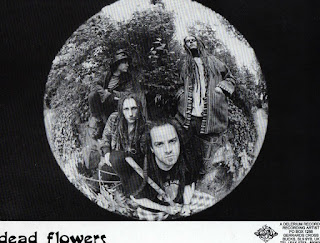 8. Towards the end of the bands run, you played some gigs in Holland in Dec 1994? Were these the only gigs the band played outside the UK? Any memories from this time?

F.- I remember a lot of the dutch gigs.we did a couple of tours of holland .We also did gigs in Italy and Switzerland. Theres some video footage of one of the dutch tours that i must convert from mini dv.

9. Do you still have good memories from these times?

F- i have so many great memories of this time.the best period of my life.

Thanks for the interview, Ferank.