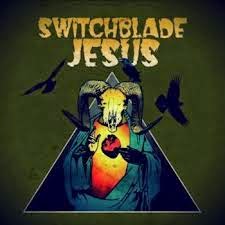 This is a five piece US band playing hard edged heavy stoner rock with a fistful of riffs and grooves to get the earth shaking. The singer, has a quite rough voice but it fits the vibe of the music well. Each side of the record has 4 tracks, mostly about the same length of 3-6 mins each except the short intro song on side A. Into Nothing starts things off with a soft acoustic guitar before you get dragged into the groove with Bastard Son which is a great song with some cool wah guitar. The Wolves really speeds things up and Sick Mouth is just a nasty song, with a hard riff, almost heavy metal at times but a killer groove. Equinox has another heavy down tuned stoner riff and a vocal that reminds me a bit of Zakk Wylde and Black Label Society. Renegade Riders kicks the groove up an notch. Copperhead does not change things much and is another mid-paced and melodic track with that nasty riffing guitar that is characteristic of this band. This track has a guitar solo though. Oblivion is the longest track on the record at over 6mins. This track has a sort of intro and then it starts to pick up and it features some cool guitar parts as well. I don’t know if the band would agree but I think they sound a bit like a stoner rock version of Black label Society without the over the top solos. Pretty cool record..