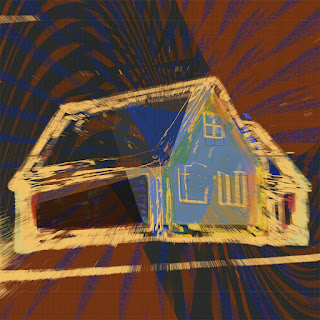 Last year I reviewed an album by these guys. The band is a trio. This one is 5 tracks. Fifth O starts things off and is a sort of strange mix of psyche stuff and indie with a raw production and some nice effects on the voice that give it a bit of psychedelic feel. Hidden Beauty has a strong energy and the same low mixed vocals but fewer effects and a melodic thread throughout. I miss some guitar solos but they have some effects at the end of the track. Cakesniffer, is next and a strange title.  80s indie psych stuff is a big influence on these guys.  This track though turns into a sort of hypnotic stoner rock for a bit after 4mins. That really caught me by surprise as the band get quite tripped out.  Super cool track. Invention of Living from is next and the vocal is quite spacey in this high energy track with a bit of reverb. The last track, Flow, this one has some repeated guitar lines and is a bit noisy and krautrock like. The guitar slowly gets a bit more effected and trippy..  Cool record guys..