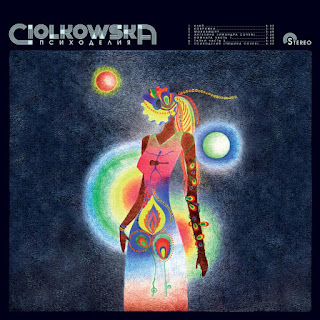 I have heard quite a few of these guys records now. The opening track (Glue) is quite a pop number with a catchy keyboard theme (played on the guitar or ukulele?), not one I particularly like though. A bit too much 80s. The groove is great on this though and it starts to get a bit more interesting after 3.30 before returning to the same theme. Gingerbreads starts similar to the opening track but becomes more heavy, emotional before coming back to a like the first and then an almost like dub delay guitar makes things a bit more interesting. Mohavishnu has some nice ukulele at the start and later one. It is basically the lead instrument playing all the most important accents to the music,. The rhythm section of this band are very solid. Vocal is in a laid back style most of the time. Angelina (a Imandra cover song) is the longest on the album at 7.26. It is also a sort of poppy melodic track. It is best when it goes astray a bit. The next two tracks fit together (Room and Slippers). The CD ends with the title track, which is listed as a cover by a band called Silence. Guitar is a bit like Nirvana, maybe the vocal as well. The ukulele is really what makes this band special, otherwise it is a sort of indie pop rock most of the time. Not really my thing this album. Sorry.  While the album is called Psychedelia, I don’t find it psychedelic at all.  The term is too widely used these day and become to broad and generic almost which is sad, for the bands that truly make psychedelic music.