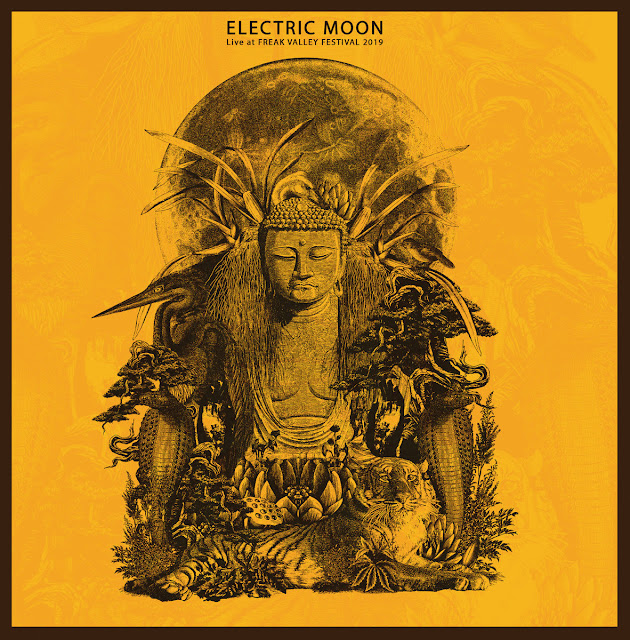 Electric Moon played a highly regarded concert at Freak Valley last year that was also filmed by German TV.  Anyway, the CD is released on Sulatron and includes the full concert plus a bonus track recorded for the German TV during their interview section called Der Mondsenator auf dem Weg zur Erde.  While, this record is not going to break new ground the band give the fans exactly what they want, a heavy spaced out psychedelic rock show.   IF you are a fan of Electric Moon’s live albums and there are lots of them they deliver the goods. You get what you expect to get from one of the major bands on the psych circuit. Few are as productive or sell as well as Electric Moon. Take a trip…. Limited to 500 copies.