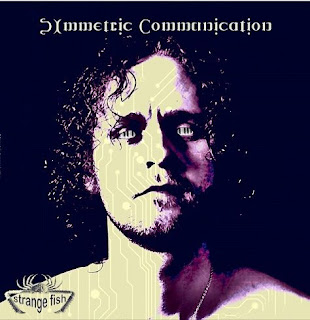 Kris is a Polish multi-instrumentalist living in the UK who really likes the band EGG. Last year made his own renditions of the debut album from 1970. Not going to far away from the yolk, he has created 3 new tracks, two of his own (FX 4 and Divided by Zero) as well as another Egg song from their 2nd record. FX 4 starts things off and is a 19min track. Starts with some nice piano playing and then the bass and drums kick in. Now Kris switches to the organ as the lead instrument but at first it is still complimented by piano now and then. There is some great playing but it is clear Kris is primarily a keyboard player and not a drummer. The drums could be much more interesting but as he has to play them first (I guess) and then play the bass and keyboards next, it is not that easy. Anyway, this track goes through many transitions where each keyboard compliments each other. There is a section with a mini-moog like solo and piano and the organ as well. Very nice and tasteful playing.

The next two tracks are shorter (8 and 11 mins) and also primarily organ driven tracks. I could have used with a different organ/keyboard sound more to change the vibe a bit. Some of this stuff reminds me of a less organic version of some tracks but Westerbur and Rowe. I admire what Kris is doing but he should put together a real band and then I think this stuff could really have a new life or energy. Check him out.