This was a very cool event at the large “gray” hall in Christiania. Magnus came over to my place for some food and a couple of beers before we rode our bikes out to Christiania. I learned a new way to go, which is much easier than the way I normally go. We arrived about 19:15 and a circle of our friends (Nils, Karen, Tom, Cven, Rhona, Anders and some others) were having some beers, joints, mushrooms and just smiling and in a good mood. I joined them for a bit but then wanted to go in and see what it was all about inside and see the documentary movie about the making of the first Spids Nøgenhat album back in 2000.

Flowershowers had done amazing job and there was projections of mushrooms and whatever images he wanted to project on all the walls in the hall. It looked totally amazing. I think I counted 12 projectors that he controlled via one huge station at the front.

Anyway, the movie started at 20 and I stood and watched it with Nick Hasselby, who is featured prominently in the movie, since it was his studio where On Trial and Spids Nøgenhat used to rehearse and record some, that the movie takes place. It was also the Orpheus records headquarters for some years. I had been to the Mad Scientists Studio a few times. I also have known all the guys in this band for many years and travelled with them to Hannover for the only Spids Nøgenhat outside of Denmark in Hannover.  Anyway, the movie is nearly all in Danish except a small part where they travel to GZ digital media in the Czech Republic and tour the record pressing plant and actually film the master being cut. The movie is really cool and lasts about 40mins. There is not a lot of the band playing but a few cuts from the studio, a fun interview where Guf, Morten, Hobbitten and Nick are all stoned and talking about the record and stuff. Perfect intro to this event. 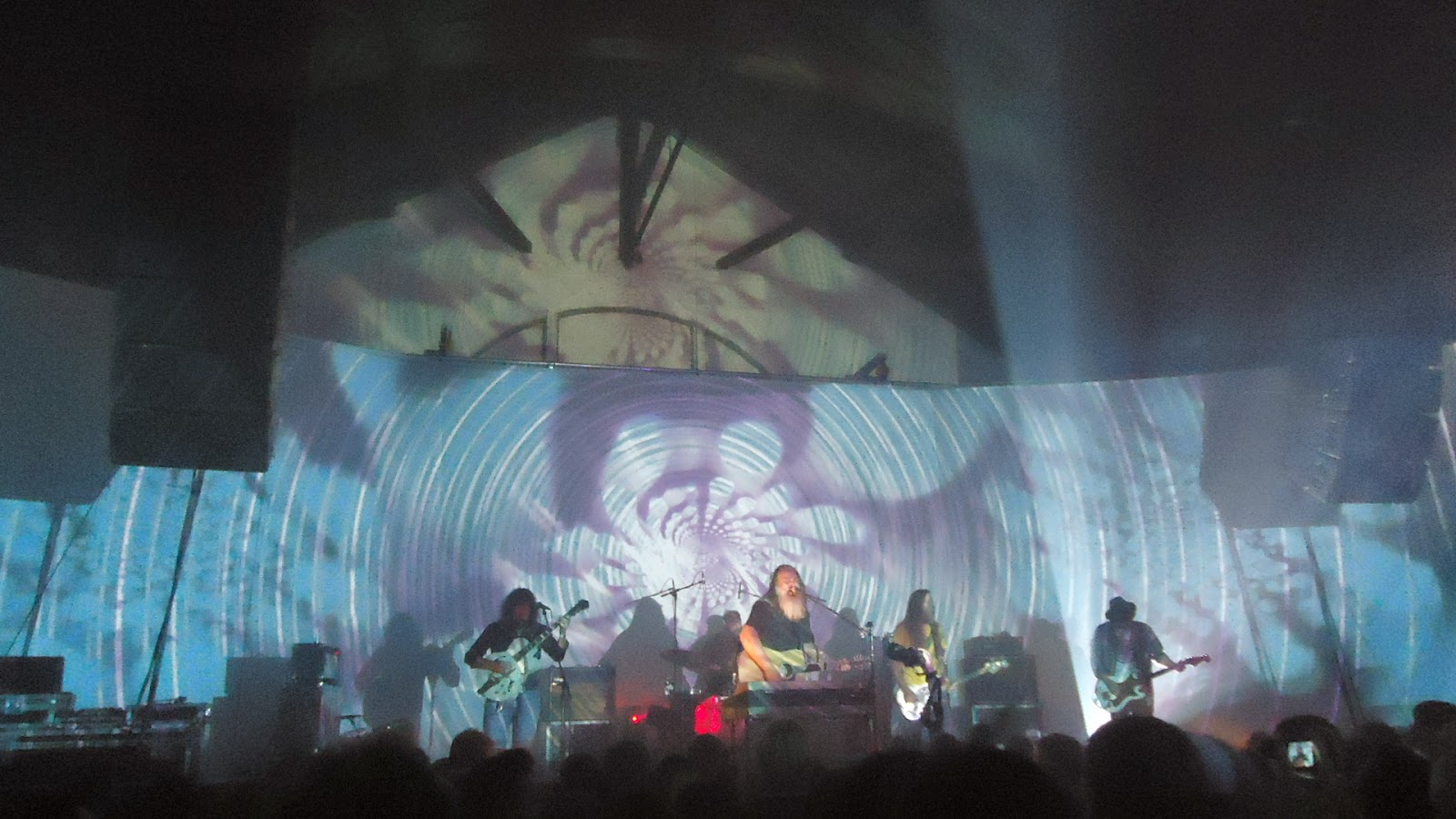 The band hit the stage about 21:15 and the place was pretty packed now. It was sold out with about 1000 tickets sold. The band opened with Mere Lys from the new record. The sound was actually really good considering this less than ideal barn with a concrete floor, which always presents a challenge for sound people. The visuals, were just mindblowing! Powerful, dynamic, psychedelic and trippy… Some of the coolest I have ever seen and stitched together in such a cool way and the same images was on the front of the screen, on the sides of the hall and also the back of the hall. Incredible.. The band quickly zipped through a lot of songs playing them all pretty straight with little improvisaton or jamming, which used to be a much bigger part of the concerts, when they had fewer songs to play. They mixed in the old tracks like Gi Slip, Psykedelisc tapet, with all the new ones as well as covers from Furekåben, and the political Røde Mor (Lille Johnny). When the band played En I Græsset, I was reminded of my friend Ralph Rjeily a lot, who used to manage the band and do sound. He was a good friend and we all miss him a lot. He would have been really proud and also amazed to see the Den Grå hall sold out and hundreds of people singing along to Vand, Brød og Te, and other tracks. Ralph would have smiled as I did… 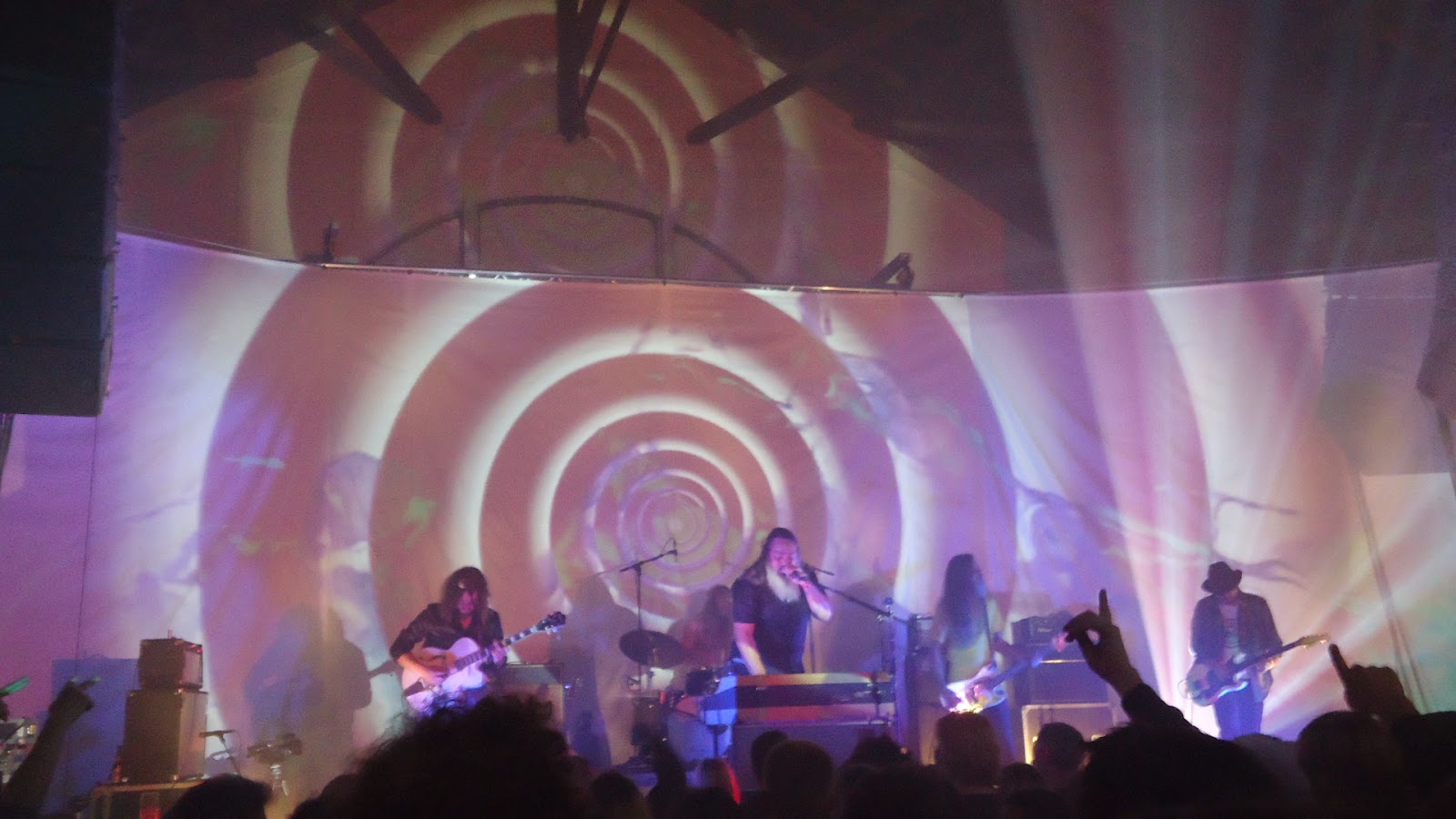 The band left the stage for about 5 mins after a long spaced out version of Hvad har Du?, where Lorenzo had the whole place singing, Spids Nøgenhat! Part of the jam was totally out into 1971 Hawkwind area when the jam was really intense. Hobitten was on the floor making space sounds, the wall of blanga was powerful and very psychedelic. Guf was freaking out on the organ as well.. This was at least 15-20 minutes long. The band wanted to keep the jam going but Lorenzo was soaking wet from head to toe and dripping and needed a break. Wow.. very cool stuff. 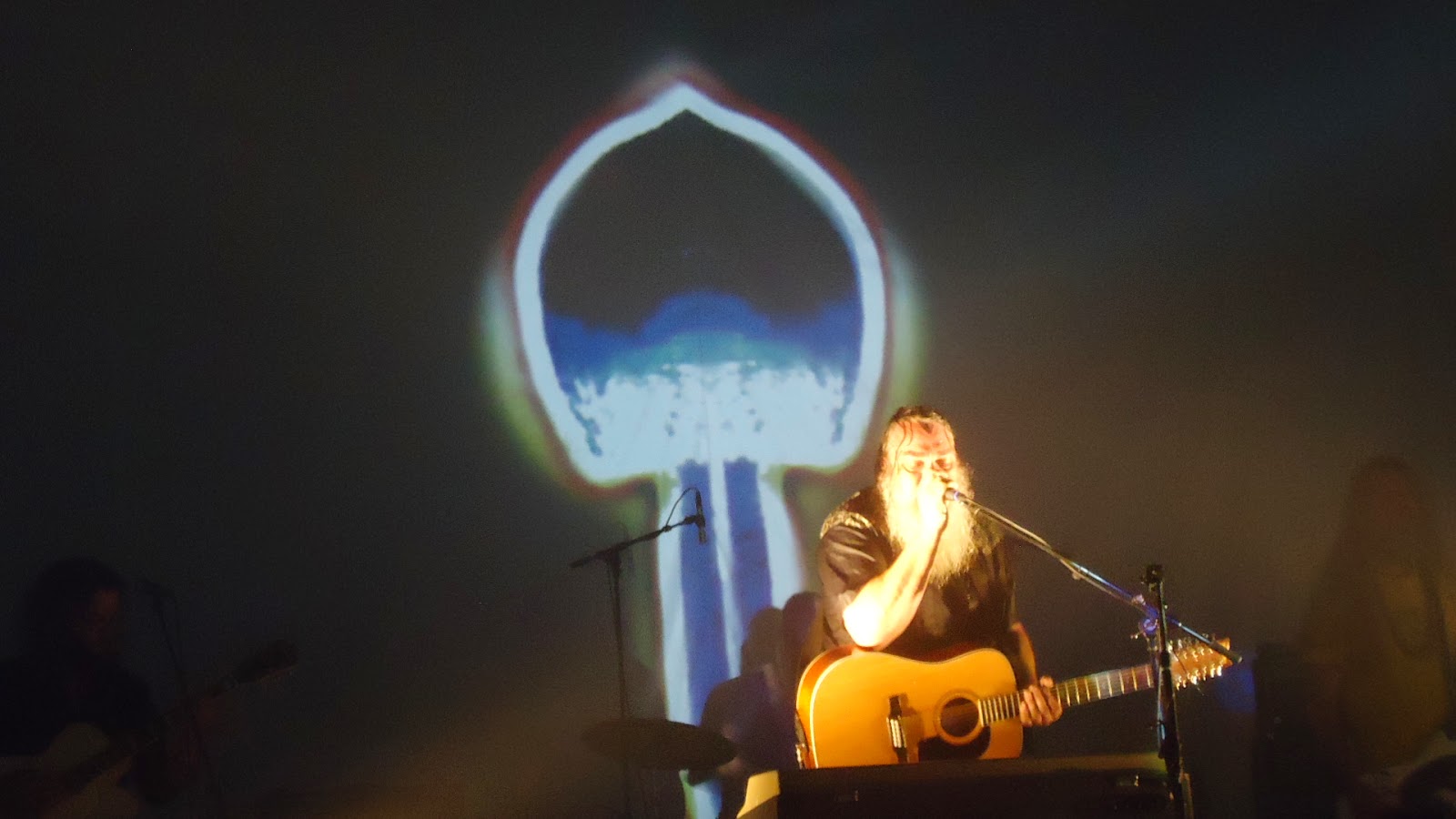 The encore tracks, of which there were 5, I think were more straight up and not jammed out and started with a cool version of Kommer med Fred, with Anders the drummer standing up waving the peace signs and some of the audience followed…. He eventually played the drums though and they extended this out some compared to the LP version.  Lorenzo would switch from 12 string acoustic guitar to the farfisa organ on nearly every other song and he was clearly having a great time as everyone in the band seem to be. The concert ended the mellow Ud på Landet. The ending, which was really intense at Roskilde Festival a few years ago where the entire audience at 4 in the morning jst kept singing the ending chorus over and over for like 5 mins after the band stopped playing, did not happen here tonight.. The band gave it their all and played the entire new record and most of the old songs and a few covers. I think the show was about 2hrs and 10mins. I did not shoot any video as I was not in a very good place with too many tall people but I am sure there will be some on you tube.

We are really lucky in Denmark to have such an amazing and creative psychedelic band that sings in the native language. It is quite special lyrics and very meaningful a powerful songs if you understand it. Amazing band…. 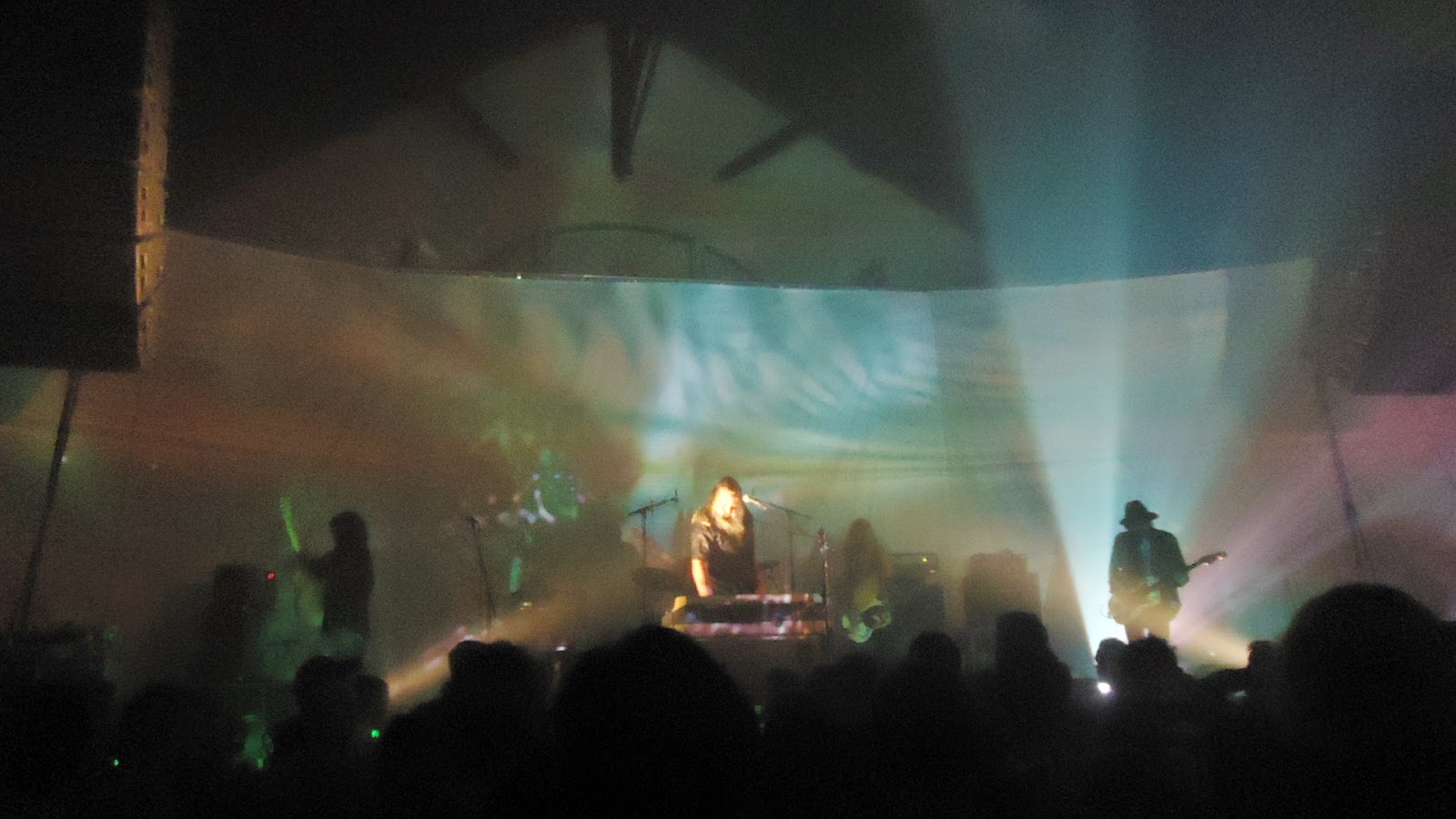