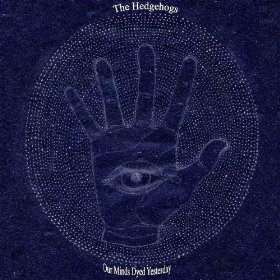 Levitation Records is a new Danish label started by Kasper from Troldmand. This is the first release on the label and a really cool one. Stumblin’ Around opens the A side and The vocal sounds a lot like Guf from Baby Woodrose. Cool stoned vibe. Don’t want you has a more raw vocal and more uptempo but a similar guitar sound and strummed style. The guitar break was good. Peace of Mind has some more intense interplay between the guitars. Yellow Note slows things down and has some darker lyrics and is more melancholy. The melodic lead guitar line is great on this track. Dirty N’ Vile is driven by a cool bass line and a bit surfy feel. Mean Machine ends the A side has a different style vocal, a bit more spoken word like. The guitar sound and playing is quite similar on most of these songs on the A side making it hard to really remember a stand out. They are all pretty cool. Side B starts with the Witch. The track is more organ driven. Your Eyes is slower and by far the longest track on the record with its repeated guitar lines but not many solos. Every Door starts with a cool bass line and then a guitar line used many times by lots of bands. It sounds a bit like Dragontears but not nearly as psychedelic. Servant Chant ends the record with a bit of a shuffle. It is a pretty cool psych record.
They remind me of some other Danish 60’s psyche inspired bands like On Trial, Technicolor Poets, Setting Son, The Wands but also 60’s psych references like LOVE are obvious.

Levitation Records     The Hedgehogs
Posted by Scott aka. Dr. Space at 11:11 PM