This was one of the rare occasions that ØSC decided to take an opening slot. Due to the improvised nature of the music and that it takes some time for us to warm up (and we prefer to play for 2-3hrs), we rarely except offers to open shows. Siena Root have been our friends for many years and former and current members have also played with us live and in the studio, so when Anders asked us to play, I accepted. It was really shit weather outside, with a light rain when Sabine and I loaded up my Christiania bike with the gear and headed off for the club. The band I had assembled for the night, were mostly there already as well as Anders, the local promoter and his assistant, Rhona. The mood was good but we were a bit wet!

The guys in Siena Root were due to arrive about 18:30 and we had decided to share the backline to make everything go a bit faster on this Tuesday night. I was not sure how many people would come out. We had some food, set up our small merch stand, and got some of the synths ready and that was all we could do before they arrived. They did, we greeted each other and they got down to business quickly and all was set up and people were just hanging out until the show started. 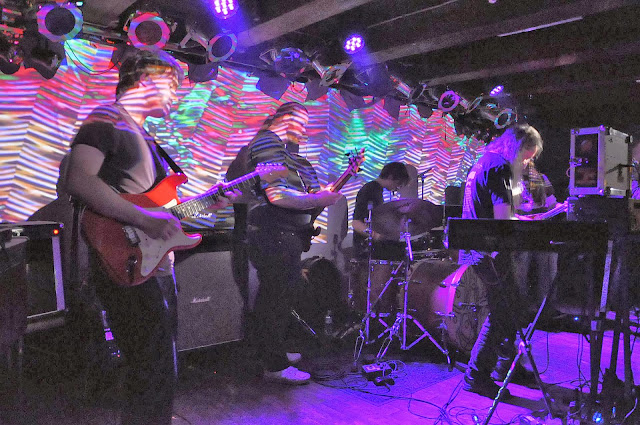 ØSC hit the stage right at 22 (this is the earliest any band can start at Loppen due to the restaurant upstairs) and we played until 23. The line-up tonight had never played before and since we did not have a proper soundcheck, we decided for a slow space in starting only with the drums and bass and then the guitars and synths would enter. This actually worked very well, if you listen to the recording. The first jam was really spacey, the 2nd Rune came up with a heavy riff that was cool and we were all really coming together. The 3rd piece was a bit like early 70’s Miles Davis but more psychedelic. The last piece, Rune nearly stole the opening riff from the song Black Sabbath. I even did a partial vocal part and would have done a few more lines but I could not get the attention of the soundman, who had turned off my mic. The closing piece was 20mins long and had great dynamics. I was happy with our set and about 40 people were present, I guess.   If you want to hear the show go to this link:  http://www.archive.org/details/OSC2013-11-19.FLAC 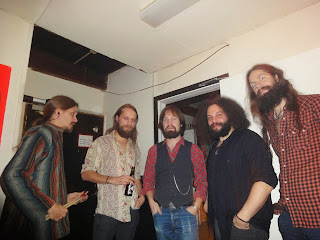 We did not mess about and took our gear off straightaway and within 40mins or so Siena Root was ready. I took a picture of them just before they hit the stage (see right) and they were off with their usual western intro theme. For the past few years they either open with an instrumental or a sort of jam. Never totally free form but a structured jammed out intro. This is the first tour without the original guitar player KG, so it might feel a bit strange for the original members (Love and Sam). Anyway, the band were playing fantastic and I have to say they are jamming out the songs with longer solos than ever before and the new guitar player, he reminds me of Warran Haynes and Dickey Betts, so he is very good. They played their new single, Conveniently Blind, which was supposed to arrive in physical form for the tour but was delayed, which they were not happy about. The set is mostly tracks from the first record and new material, with no tracks from the bands records with Sonja or their last studio album.  Pity the crowd was so small for this amazing band. There are a lot of bands in Sweden and Europe playing this 70s style rock but few are anywhere near as good as this one. Don’t miss them on this tour. They are smokin’!  Great visuals and sound as well so thanks to those folks… 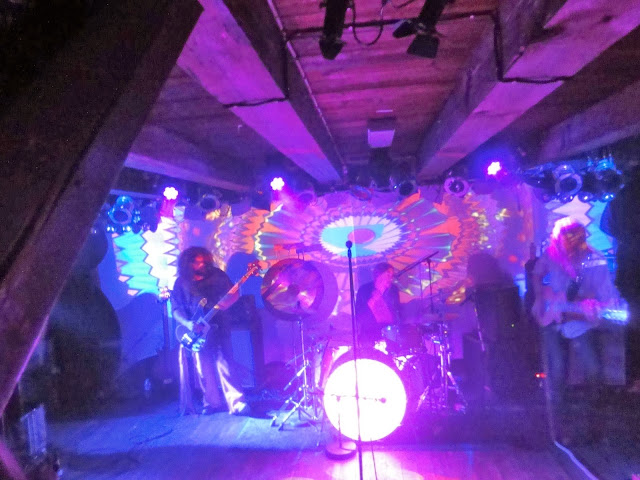