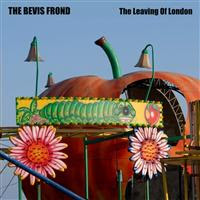 Nick Saloman is back with his first new record in 7 years. His life was quite complex the last few years and he left for and the lyrics are very inspired and thoughtful and the double vinyl version is very nice and even signed by the man himself! The album features 18 tracks with a really diverse range of tracks from uptempo melodic stuff like Heavy Hand and to solo piano songs (The Leaving of London-beautiful). Speedboat has some nice backwards guitars to start and is quite uptempo in the breaks with a nice wah guitar. An Old Vice is a track with a nice melodic groove. Why have you been fighting Me is a power ballad of sorts with powerful lyrics. I really like this track. The Divide is an acoustic ballad with just bass, guitar and vocals. Reanimation is the most hard rocking track on the record and really hails back to the records from 1990-1993 era with some nice double tracks solos (in fact taken in one take, Nick said….). Son of a Warm Gun features a really nice guitar solo, laid back vibe and some organ underneath as well. Barely Anthropoid is uptempo BF track while, Testament is just Nick and his acoustic guitar to start and the keyboard very lightly layered underneath. You’ll Come is another fast track and quite catchy but I don’t like falsetto chorus vocal at all. Preservation Hill sounds just like a song from BF another record, but I can’t place it. Too Kind is the longest track on the record at over 8 mins and also a great one with some nice guitar, powerful lyrics about being accepted as a musician, songwriter, artist…. The LP ends with the acoustic guitar-piano track True North.  Yes.. Nick is back and the world is a better place with a new Bevis Frond record, so please don’t wait so long before you unleash another set of class songs on us, Nick.

http://www.bevisfrond.bandcamp.com/
Posted by Scott aka. Dr. Space at 9:09 AM