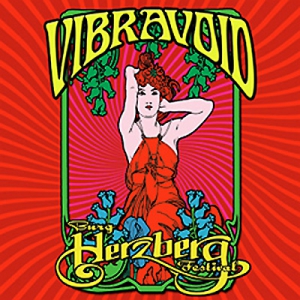 This release really came as a surprise for me when it dropped in the mail. Vibravoid released a double CD last year from their really cool performance at Berg Herzberg so I was not expecting this at all. This one is coming out on CD and double vinyl, where as last years was only released as a double CD. There is only one song repeated during this set compared to last years concert, which is really cool. The opening track Save my Soul is really great and a cool emotional track to start with. The next several tracks have that cool 60s vibe with the farfisa organ and fuzzy guitar. The CD really starts to take off with the amazing and long jammed out Ballspeaker. Christian is a brilliant guitar player and plays some totally killer psychedelic guitar stuff. The single, You keep on Falling is also a long and great version. The concert and CD ends with a 20min version of Pink Floyd’s Set the Control for the heart of the Sun and it is very authentic to the vibe of the original. The double vinyl version has one extra track. It is limited to 500 copies.  Great stuff.

http://www.herzbergverlag.de http://www.vibravoid.com
Posted by Scott aka. Dr. Space at 10:19 AM