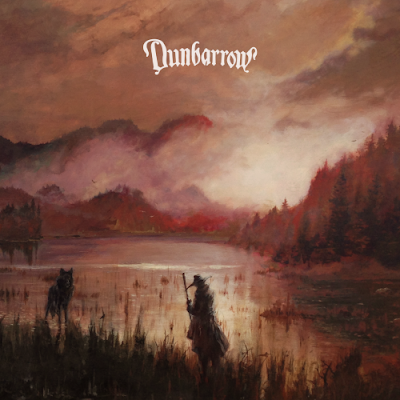 Dunbarrow is a new 5 piece Norwegian band that I recently saw and met at the Pstereo Festival in Trondheim, Norway. The band had just returned from playing 9 shows in the UK and had quite some stories. Anyway, this is their debut album, having previously released a 7” record and a few demos, of which most of the songs appear on the LP. The album is a beautiful gatefold LP. The band collaborates with a man named Richard Chappell, who wrote most of the lyrics for the songs. The bands clearest influence is the Swedish band Witchcraft and early Pentagram. Try and Fall starts things off and the vocal delivery and vibe is very much like the first Witchcraft record but with a more modern sound production, not quite as raw. The Wanderer has a more aggressive guitar but a similar slow stoney groove.  The end fade out features some acoustic guitar but sadly fades out as he begins to play a solo. You knew I was a Snake is a slower track with some a lot of lyrics. The band do not have many guitar solos, which is a pity since they have two guitar players but there is a short one on this track. My Little Darling is slightly more evil sounding and some cool guitar parts. Lucifer’s Child ends side A.
Guillotine is a sort of ballad with some nice vocals. The Crows ain’t far Behind is a bit more bluesy with some nice guitar parts. Forsaken reminds me so much of Witchcraft. Witches of the Woods is a really hypnotic track with a great riff and the longest track on the record with some longer instrumental parts. While the band is not offering anything very new or original they have written a set of pretty cool songs with a great sound and vibe. For sure you need to play this one LOUD.  Fans of early Witchcraft should check this out.