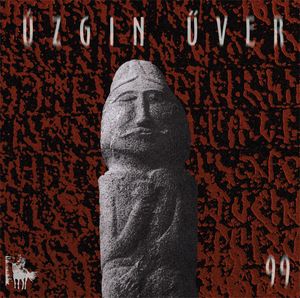 This album from Hungary was originally released in 1999 and distributed in Germany and Europe by the Lollipop Shop. Lollipop Shop has now made a new pressing of this CD, which contains 20 tracks in a little over an hour. The four piece band, including Miklós Paizs (Korai Öröm), Gyula, Peter and Marcsi make some really cool and special rhythmic ethnic tranced out music with all kinds of instruments like jews harp, flutes, clarinet, hosepipe trumpet, naval, zurna, gaida, duduk, violin, throat singing and more… There is some female singing as well and other vocals samples (?) sometimes mixed in the background. Some of it is really like travelling across the Moroccon desert music or something. A super cool band. I love all their stuff.. If you like spacey psychedelic world music, check this one out!