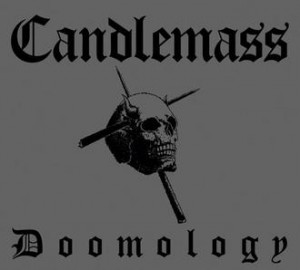 This is a fucking cool box set. I managed to get one of the ones on silver black blend editions (only 300 copies) and the box includes a slipmat for your turntable with the Candlemass skull, large concert poster from a gig in , 12 page LP sized booklet plus the 7 records I list below!

The demos are not all the interesting unless you focus on the vocals and singing as your favourite thing about Candlemass as musically the demo songs are very close to the final versions, even down to the guitar solos. A very high class set from High Rollers, a label that really knows how to make records. Rumor has it that Candlemass will only make one more record and call it a day. We will see. One of the greatest Swedish bands ever.

http://www.hrrecords.de/ http://www.candlemass.se
Posted by Scott aka. Dr. Space at 9:51 AM