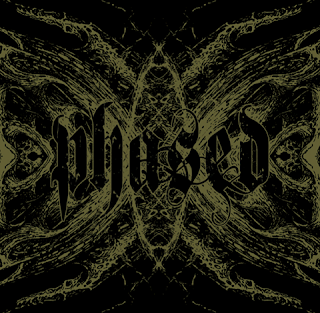 Phased are an underground Doom trio based in Basel, Switzerland. They have been playing for 15 years and have released a number of albums and EPs over the years.  This new full length has the band slowing down a bit and becoming more spacey and psychedelic than in the past.  The CD is about 40mins and features 7 numbers starting off with Seed of Misery. This track at first reminded me a lot of St Vitus. Some really cool guitar stuff and a long spaced out ending before another heavy doom riff arrives with Burning Paradigm but first it starts quite slow, mysterious and spacey. Very hypnotic and psychedelic. Love the laugh at the end. Eternal Sleep has a pretty familiar doom riff but the vocals are really creepy. Into the Gravity Well is a very spaced out track with a lot of strange sounds, effected guitar et… Far out..  Son of the Sun starts very slowly with a multilayered guitar line before the rest of the band joins in the doom ritual.  This track has a long phazer effected guitar section and some other sounds layered in making it quite psychedelic and it has a trippy ending. The Etched starts with a sample, “I am a rotten bastard, I admit it”, sample, like Church of Misery uses. A very moody track with slow and heavy and it goes through several movements of doom, no guitar solos in this one. The Atavistic has a freeky vocal and starts off a bit like Electric Funeral with the wah guitar. Still a characteristic Phased sound but more doomy and some different psychedelic touches that were more buried on previous records. Cool stuff..


http://facebook.com/phasedswitzerland
Posted by Scott aka. Dr. Space at 4:41 AM