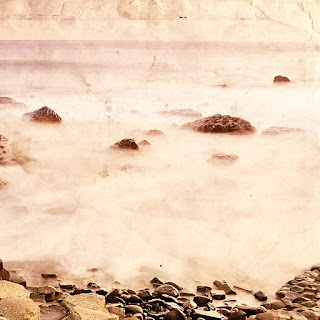 Farflung is back with their first full length album in many years after releasing a lot of split LPs with different bands. I have been spinning this one a lot and really dig it.. It is not like the intense heavy space rock of Wound in Eternity but still killer space rock stuff. Pity I missed them on the European tour.
Anyway, the CD starts off quite spacey with the intro to Hive and then kicks into some high energy repetition with the guitar line and vocals repeated over and over until you really want it to stop but the space sounds are what are changing. Proterozoic has a cool groove and flanged out guitar. Reminds me of Chrome! I love the vocal delivery on this track. The end is really spacey. 044MZP is a cool track and features Nik Turner. You hear him the most at the end on the flute. The 27th Sun has a vocal that at times reminded me of Dave Wyndrof (Monster Magnet). Lots of effects on the voice at times making this really psychedelic. Wow. That ends side A. Lupine has a nice groove with a more shouted vocal and some intense drumming and a psyched out guitar solo. See the video below. Being Boiled has some great bass playing and a more punky attitude but the sound is really spaced out.  We are ‘E’ has a reverberating guitar line and “we shine so bright” line repeated over and over at the start with a great synth line before the space rock takes off.
Dismal Jimmy is slower and heavier but with a angry vocal to start and later spaced out. Nice bass again on this one. The Retreat ends this great record. Super cool space rock stuff.


http://farflung.bandcamp.com
Posted by Scott aka. Dr. Space at 2:53 AM