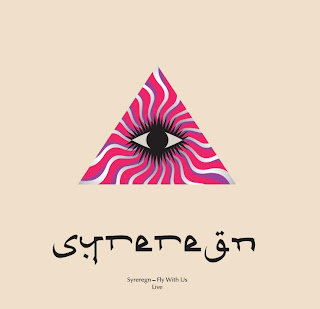 This 10” was recorded live at a club called Stars in in April 2010, when the band did a small tour with Nicolia Vilhem Tell. The 10” features 4 tracks in about 20 minutes and is pressed in 500 copies. Side A starts with some spacey sounds before they kick into the Overture song which has some very nice wah and other solo guitar (Jakob) and nicely mixed drums (Kim). Thor, plays the bass and the lead vocal (when they have some). Tag Solen Ned, from the bands debut CD is next and this is untempo blues rock track sung in Danish. Thor plays some great bass to lay the foundation for Jakob to solo and they have a great jam space out on this track. Side B starts with Mirror Mirror (no, not the Candlemass song..), a blues rock song sung in English with some fairly cheesy lyrics but a damn song, that reminds me of the Young Flowers! This track even includes a drum solo! Time the Time is the last track and features some great passionate vocals and psychedelic blues rock guitar. This is a really cool young band that goes back to how music was made in the late 60s- live, psychedelic, blues and energetic!
http://www.syreregn.dk/
Posted by Scott aka. Dr. Space at 9:22 AM