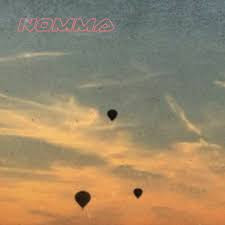 N-1 is a four piece German band lead by Steven Hein and Maziar Yazdkhasti. The band has existed since 1998 and done a lot of stuff (although only 4 releases, all from 2017 are listed on Discogs). There are 84 releases on bandcamp! This record is pretty intense with a lot of dynamics and features 8 songs spread over 76mins.  It was recorded live on Dec 2nd, 2016 and the band already released it digitally on Dec 5th! The songs range from 4 to 20mins in length and are all instrumental. Sometimes very Krautrock, other times post rock and also psychedelic. Vidit is a short 4mins track that is almost post-rock like at times as I find on quite a few of the songs, rather psychedelic lead guitar the band goes for more of a melodic spacey style, while the drums and bass are quite intense. Despite Udo, who plays the synths being the leader of the band, his presence is often in the background. My favorite tracks are the long Wieda (13mins) and the final track Hybris Ducktylus (20mins).  Sometimes, I felt like the band was treading the same ground we had heard earlier in some of the tracks.  There is a lot of intensity in the playing and often some quite unexpected strange sounds here and there.   Check these guys out..


https://nminus1.bandcamp.com/music
Posted by Scott aka. Dr. Space at 6:45 AM