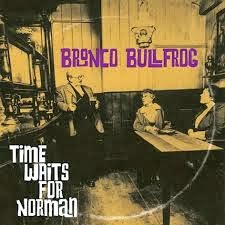 Another totally new band for me and one that the label says is channeling the vibe of England circa 1966/68, which sounds like a cool thing to me. The 7” contains two original tracks and one 60’s cover of a band called Sands. It starts off with Time waits for Norman and it retains the vibe of the Beatles meets the Kinks but with a more modern sound production. It fades out when it sounds like the band is going into a more improvised jam or something.. I wonder if we ever hear the full version? Rocking Horse Mender (inspired by Kaleidoscope) is only 2½ minutes of 60’s music but without the psychedelic edge. Listen to the Sky (Sands) is a catchy track about listening to the Sky…  Enjoy..